Wineglass Bay. It appears to be Tasmania’s second most loved and famed nature destination if the array of different accents heard here and the wealth of Google image results are anything to go by (of course Cradle Mountain rolls in at number one).

Situated on the East Coast of Tasmania within the Freycinet National Park and connected to the nearby township of Coles Bay the crowds here somewhat mirror the changing of the tides. The throngs of locals and tourists alike descending when the skies turn blue and the days are full of the penetrating Tasmanian sun. As the skies grey and sunsets creep earlier we return to our indoor existence that the Tasmanian winter often demands, despite that harsh beauty that really shines on the gloomiest of days.

After ‘living the dream’ and spending countless days, weeks, months and years waking up and falling asleep in new villages and cities constantly I’m finally checking off the treasures that my current backyard and forever home, Tasmania, has to offer.

Tropical isn’t a word that comes to mind when you think of this far south island, having Antarctica the next real stopping point it’s unsurprising why (and also a decent indication of water temperatures us Tasmanians often brave for a salty swim). It came as a surprise to me, embarrassingly so, the tropical imagery before my eyes at this east coast destination. In desperate need to update my current ‘summer body’ and a simple love for nature my amazing walking pal and I set off on the 11km round trip passing both Hazard Beach and Wineglass Bay.

The walk itself isn’t overwhelmingly demanding (apart from the climb up to the Wineglass Bay lookout where admittedly I was overtaken by a child..) Following along the coastline and nestled within the unique Tasmanian bush the first stretch to Hazard Beach will hopefully comprise of some wildlife encounters also.

Personally I think Hazard Beach is the real beauty, white sand stretching to meet the mountains, our uniquely red tinted rocks creating private bays and the calm, pristine water stretching to the horizon. It simply begs to be swam in, the chilly temperate a refreshing change from the worked up sweat.

Wineglass is an easy 30 minutes on from here and although being the ‘main’ attraction it more often than not boasts tumbling waves and strong breezes which don’t particularly equate to perfect swimming conditions. It is however a half moon beauty, a picturesque bay that feels like such a secret despite the international attention and resulting tourists. Stretch out on the sloping, sheltered rocks and fingers crossed you had the forethought to throw in a cheeky vino to enjoy in this aptly named spot. 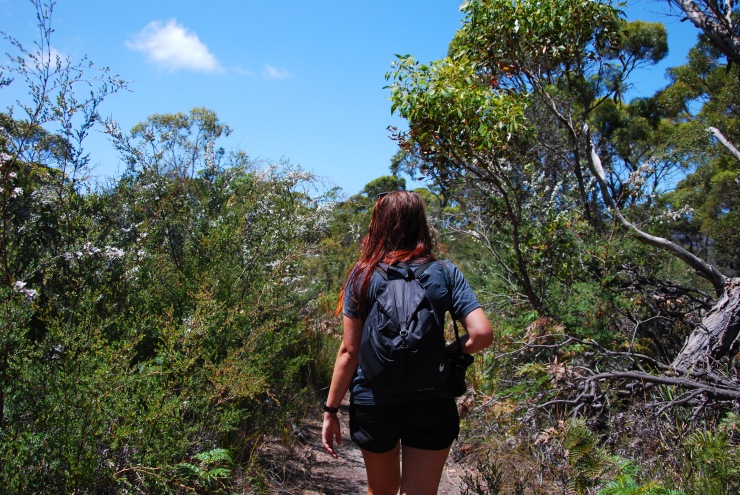 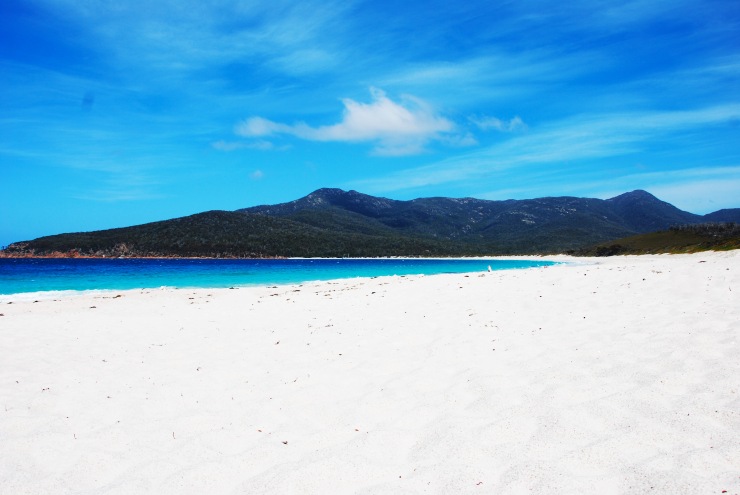 From here is the climb. Lifting you up to one of the best views Tassie has to offer. It’s obvious why this bay has been given the Wineglass title; the strong curve created by the surrounding mountains mirrors so well my favourite drinking vessel.

If you’re really into views and prepared to work for them the neighbouring Mt. Amos is unpassable. A rocky scramble and often intimidating climb takes you to mesmerising 360° views of the previously mentioned beaches, best described in photo form: 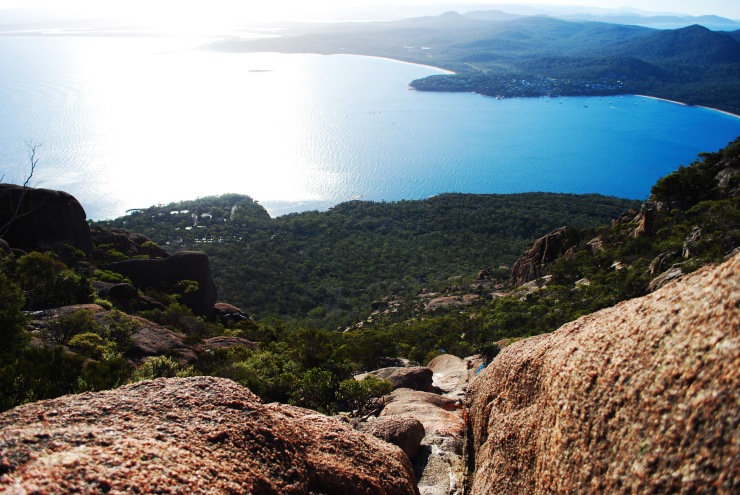 FYI you’ll be feeling freshly sweaty post walk. Thankfully the lagoon like shallows of Honeymoon Bay are a dreamy way to cap off the day.

Tasmania isn’t a tropical island, and sun tanning often results in a shade of deathly red thanks to a hole in the ozone layer above us. What we do have is some of the purest oceans and cleanest air around. A list so long of hikes and views that I find hard to comprehend how they all fit onto this island, and a great bunch of locals that will be the first to show you how to brave our chilly waters. So if you want a twist of the ever familiar tropical, then this is probably it.